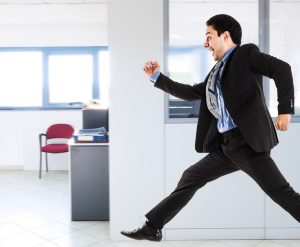 81% of people who attend trade shows have buying authority. This means that more than 4 out of 5 people walking the aisles can be considered potential customers for exhibitors. But how can you attract so many people to your booth if you just don’t have the budget? Here are some quick tips for saving money on every aspect of developing a trade show exhibit or convention exhibits.
First, know your market. What types of customers are you trying to attract? Only go to trade shows where you know people will have overlapping interests. Why shell out the expense to go to a trade show if you don’t think anyone will be interested in buying something? Going to the right trade shows and only the right trade shows will definitely save you some cash. A similar piece of advice if you can afford it is to take the money you would’ve spent on a small trade show and add it to your budget for a larger trade show with a higher rate of interest/success.
Another money saving tip when it comes to putting together a trade show display is to reuse materials as often as possible. Instead of putting together a graphic that caters to the subjects of each individual trade show, find some common ground and create a graphic that can be used on a wider scale. It’s also a good idea to use your trade booth exhibit outside of a trade show, such as in lobbies and at other events.
When putting together a trade show booth, it’s important to keep up with the times. The days of running print ads will soon be in the past, and social media is rapidly taking its place. Every reputable business these days has at least a base level of online presence. Take the money you would’ve spent on print ads and shift it to social media marketing efforts instead. As a matter of fact, digital assets resonate more with potential customers and are more engaging and memorable. It’s win-win.
When it comes to giveaways, less is more. Always choose quality over quantity. As opposed to giving out many smaller prizes in a raffle, don’t hesitate to raffle off one larger and more memorable item that actually costs less than the smaller items.

Overall, putting together an appealing trade show exhibit display on a budget can certainly be challenging, but it can also be rewarding. Take your time to work out the schematics of the trade show exhibit and be sure to stick to the plan once it’s decided. Do your research and be vigilant in finding ways to save money.